A lock of love: my Parisian promise to my future wife 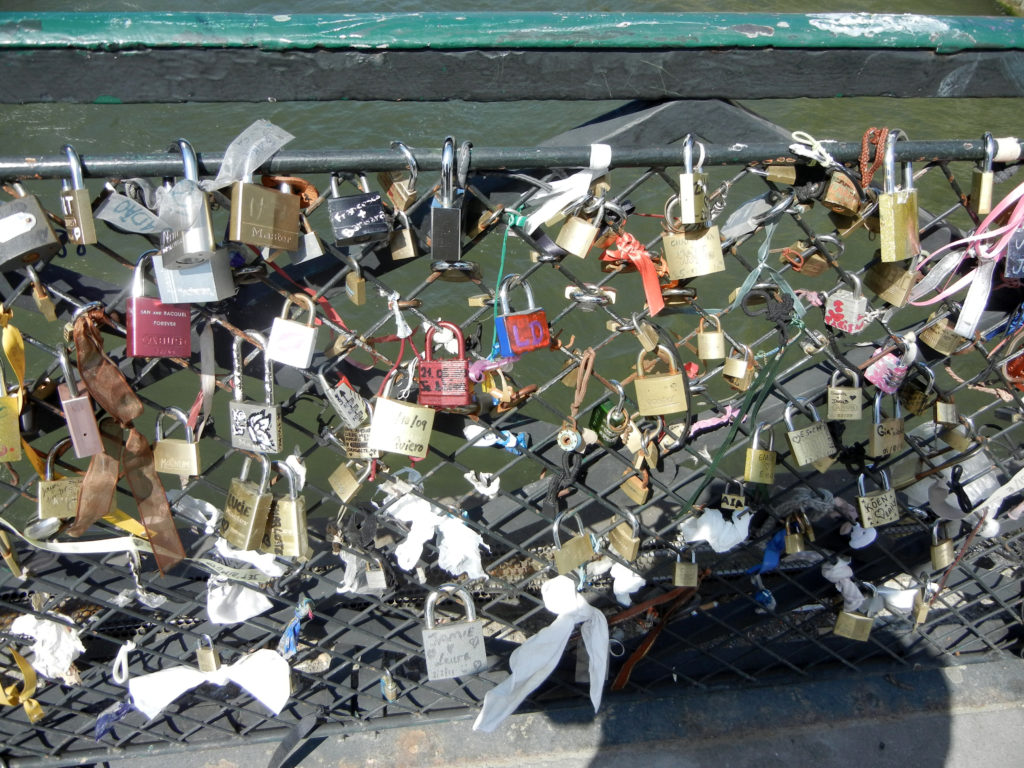 People might think I am completely insane after reading this blog post, but it doesn't matter. This is how I think and feel. What can I say...I'm a hopeless romantic who still believes in analog love.The other day my friend Adam and I were cowering outside along the Seine River. As the shade started moving we migrated to the other side of the river. As we crossed the Pont de l’Archevêché I saw a bunch of locks on the bridge's railing. At first I thought they were locks newly weds put there, but my friends Amy and Vivian later told me that visitors put the lock there as a sign, promising the city of Paris that they will one day return.

I thought it was a wonderful idea. It made me ponder about when these people will return to fulfill their promise. Never? Next year? Next week? I loved the idea and wanted to do the same thing. Obviously, I'm not married, but I still wanted to do it. I walked down to the nearby shopping center at my apartment and bought a lock.On the lock I wrote "April 21, 2011: David Hoang + _____________." I left a little note for her (whoever she is) on the back...On the 13th panel on the North side of Pont de l'Archevêché, you'll find my lock.

I'm not going to dictate things in my life that I cannot control, but if I ever fall in love and get married, I will give her the key to my lock and we will return to Paris to bring it back. If I do get married someday, I want to give her the key, take her to Paris so we can retrieve the lock which contains my heart. I put the key around my necklace and will now wear it with me, wherever I go in the world.My good friend once described me to someone: "David is madly in love...even when there isn't someone in his life." For the longest time I didn't know what that meant, but after spending time in Paris, I'm starting to understand. I am in love, but I don't know who she is. I'm in love with the idea that she is out there somewhere and one day our lives will converge.I can't help myself. I am a hopeless romantic who is hopeful. I'm probably the only person in this world who still believes in faith, hope + love (charity).I hope one day I find you. When I do, we will go to Paris, the city in the bubble...La Ville-Lumière.

My name is David. I'm a design and product leader. This is my journal; a mix of professional and personal.