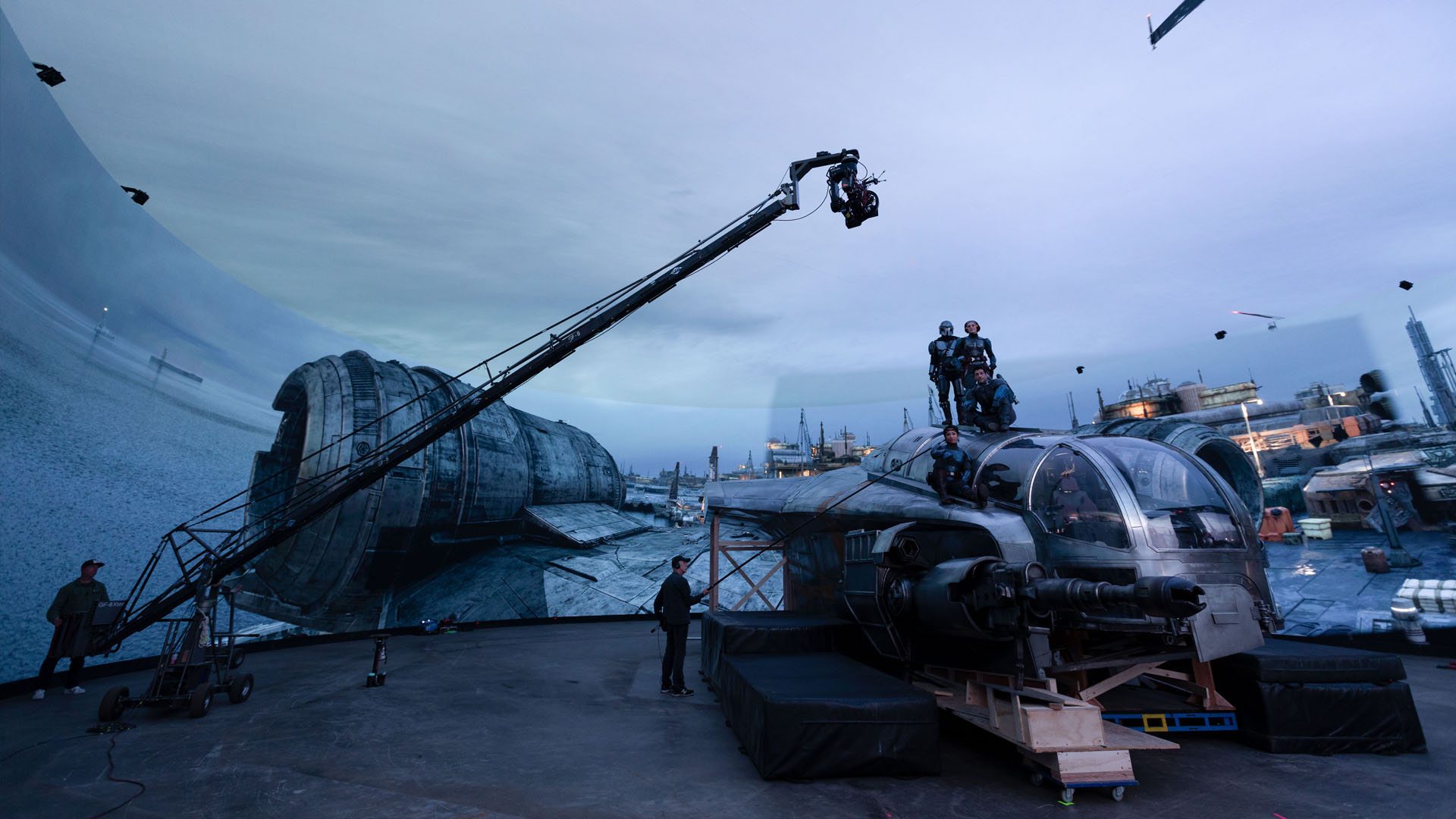 Thoughts on the Light and Magic Documentary

I spent last night binge watching the new documentary Light & Magic on Disney+. It's a six-episode series on the story of Industrial Light & Magic (ILM), the company filmmaker George Lucas founded. Along with the General Magic documentary, I love hearing stories about creatives and innovators. Light & Magic is a great documentary and I'll bet you learn something new even if you're familiar with the story.

*Spoilers..? I'm not sure if you'd consider if you can spoil a documentary, but if you're not familiar with ILM the a documentary*

Proof of concepts are very lean

One of my favorite moments in Episode 6 is when they were talking about how the team was approaching the first Jurassic Park, which was a blend of Computer Generated Images (CGI) and practical effects. For obvious reasons, the team did not have reference photos of how Apatosaurus dinosaurs stampede. The crew decided to set up props in the back of the studio and filmed themselves running to get more references. It also resulted in one of the team members falling and breaking their arm, hence the name of the episode: No More Pretending Your Dinosaurs.

Even when you have incredible technology, ideation starts by storyboarding, body-storming, and conveying the concept. In Star Wars, Lucas put together stunt reals from other films to put together the story (Lucas is not known for originality).

Work with multi-disciplinary people who push you

A studio is one of the most sacred places in the world to me. ILM was comprised of incredibly talented people who push themselves. There was autonomy to go work on other departments: sound, writing, second unit direction, film editing, etc. ILM created an amazing alumni group and people who directed films in their own right. When Joe Johnston was going to quit ILM after burnout, Lucas offered to send him to USC and work part-time so he could go to film school. Johnston ended up being a director in his own right, including titles such as Honey, I Shrunk the Kids, The Rocketeer, and Captain America: The First Avenger.

I loved the details of effects to tell a wonderful story. The effects should serve the storytelling, and not technology for the sake of technology. As much as we make fun of the Star Wars prequels, Lucas was pushing the technology to tell stories at such a higher scale.

Okay, so the Star Wars prequels weren't great. I remember seeing The Phantom Menace in high school and was so disappointed. What I did not realize is this movie that introduced Jar Jar Binks was the reason theaters started switching over to Texas Instruments' DLP projectors. This kicked off the revolution of movie theaters and evolving the industry to digital. As much as I appreciate a movie in film, digital let's people see movies at a broader scale and more accessible.

It's incredible to think a company like ILM helped inspire innovations to spin out Pixar as its own animation studio and John Knoll creating Photoshop for The Abyss and Terminator 2.

Industry methods will evolve, and you need to

This one is top of mind for me as we think about how AI and ML is going to exponentially evolve the way Product Design is done. Computer graphics accelerated the industry: from The Abyss, to Terminator 2, to Jurassic Park, and beyond. Inevitably the model shop was shut down in order to move towards a new paradigms.

Below are some unstructured notes of what resonated with me:

Light & Magic is available on Disney+ and highly recommend watching it!